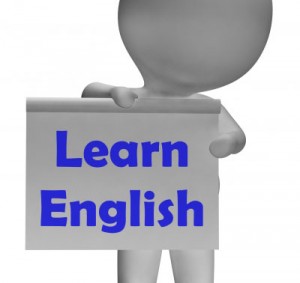 332. Subjonctivul viitor se formeza astfel:
If I were to pass the exam I would be ecstatic - Sa trec examenul as fi in culmea fericirii. 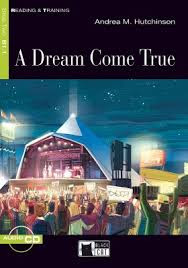 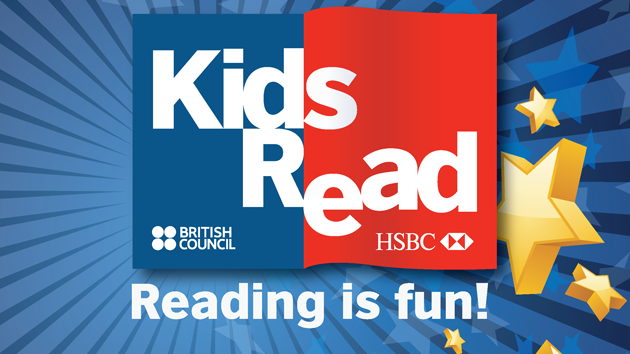 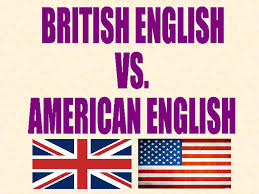 An article by Kerry Maxwell and Lindsay Clandfield on recognizing grammatical differences between American and British English.
Introduction 1. Verb agreement with collective nouns 2. Use of delexical verbs have and take 3. Use of auxiliaries and modals 4. Use of prepositions 5. Past tense forms 6. Implications for teaching

In British English collective nouns, (i.e. nouns referring to particular groups of people or things), (e.g. staff , government, class, team) can be followed by a singular or plural verb depending on whether the group is thought of as one idea, or as many individuals, e.g.:
My team is winning.
The other team are all sitting down.
In American English collective nouns are always followed by a singular verb, so an American would usually say:
Which team is losing?
whereas in British English both plural and singular forms of the verb are possible, as in:
Which team is/are losing?


2. Use of delexical verbs have and take

In British English, the verb have frequently functions as what is technically referred to as a delexical verb, i.e. it is used in contexts where it has very little meaning in itself but occurs with an object noun which describes an action, e.g.:
I'd like to have a bath.
Have is frequently used in this way with nouns referring to common activities such as washing or resting, e.g.:
She's having a little nap.
I'll just have a quick shower before we go out.
In American English, the verb take, rather than have, is used in these contexts, e.g.:
Joe's taking a shower.
I'd like to take a bath.
Let's take a short vacation.
Why don't you take a rest now?


3. Use of auxiliaries and modals

Below is a table showing verbs which have different simple past and past participle forms in American and British English. Note that the irregular past forms burnt, dreamt and spoilt are possible in American English, but less common than the forms ending in -ed.

Note that have got is possible in American English, but is used with the meaning 'have', gotten is the usual past participle of get, e.g.

The two major varieties of English

The two varieties of English most widely found in print and taught around the world are British and American - it is therefore important for teachers to be aware of the major differences between the two. And while lexical differences are the easiest ones to notice, a knowledge of grammatical and phonological differences can be useful not only for teachers to be aware of, but also to be able to deal with should they come up in class.

An important point to make is that different doesn’t mean wrong. Comments such as “American English is inferior to British English”, or “American English is better than British English” have no solid basis other than the speaker’s opinion. The truth is that no language or regional variety of language is inherently better or worse than another. They are just different. Students will often have very firm beliefs on which English they think is better/easier to understand/clearer etc. While it may be true for that particular individual, there is no evidence to suggest that one variety is easier to learn or understand than the other.

If you are an American English speaker teaching with a British coursebook or vice versa, what do you say when the book is different from your English? The answer here is to point out the difference. The differences are not so numerous as to overload the students and often can be easily dealt with. For example, if you are an American English speaker using a lesson that has just included “at the weekend” it takes very little time to point out that in American English people say “on the weekend”. Accept either from your students then. If you decide to go along with the book and say “at the weekend” yourself, you’ll probably sound unnatural, and “on the weekend” might slip out anyway!

In most international exams, both varieties of English are accepted. However, while writing for an international exam (or writing in English generally) students should try to remain consistent. That means if they favour (or favor) American spelling and grammar, they should stick to that convention for the whole piece of writing.

What role do other varieties of English have in the classroom?

Although British and American varieties are the most documented, there are of course many other varieties of English. Scotland, Ireland, South Asia, Canada, Australia, New Zealand, West Africa, the Caribbean, South Africa all have their own regional variations of English. The decision whether or not to highlight aspects of these Englishes would depend on two factors:
if the students are going to live, or are already living, in one of these places - in which case the need to understand specific aspects of that English is clear; or
if the teacher is from one of those places and therefore speaks a regional variation of English. In this case it could be useful to occasionally point out differences between your English and that of your Anchor Point:bottomcoursebook (see point 3 above about using your own variety). 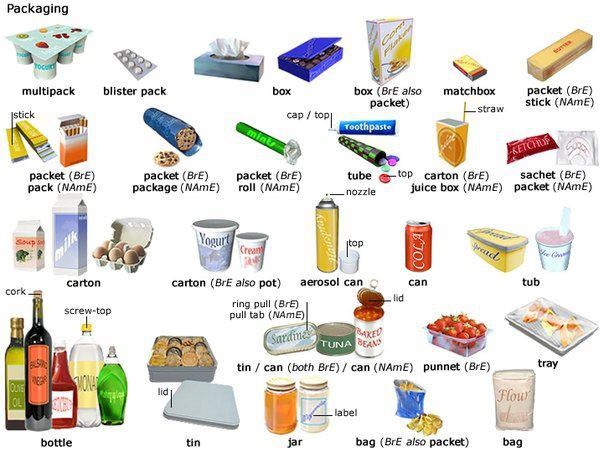 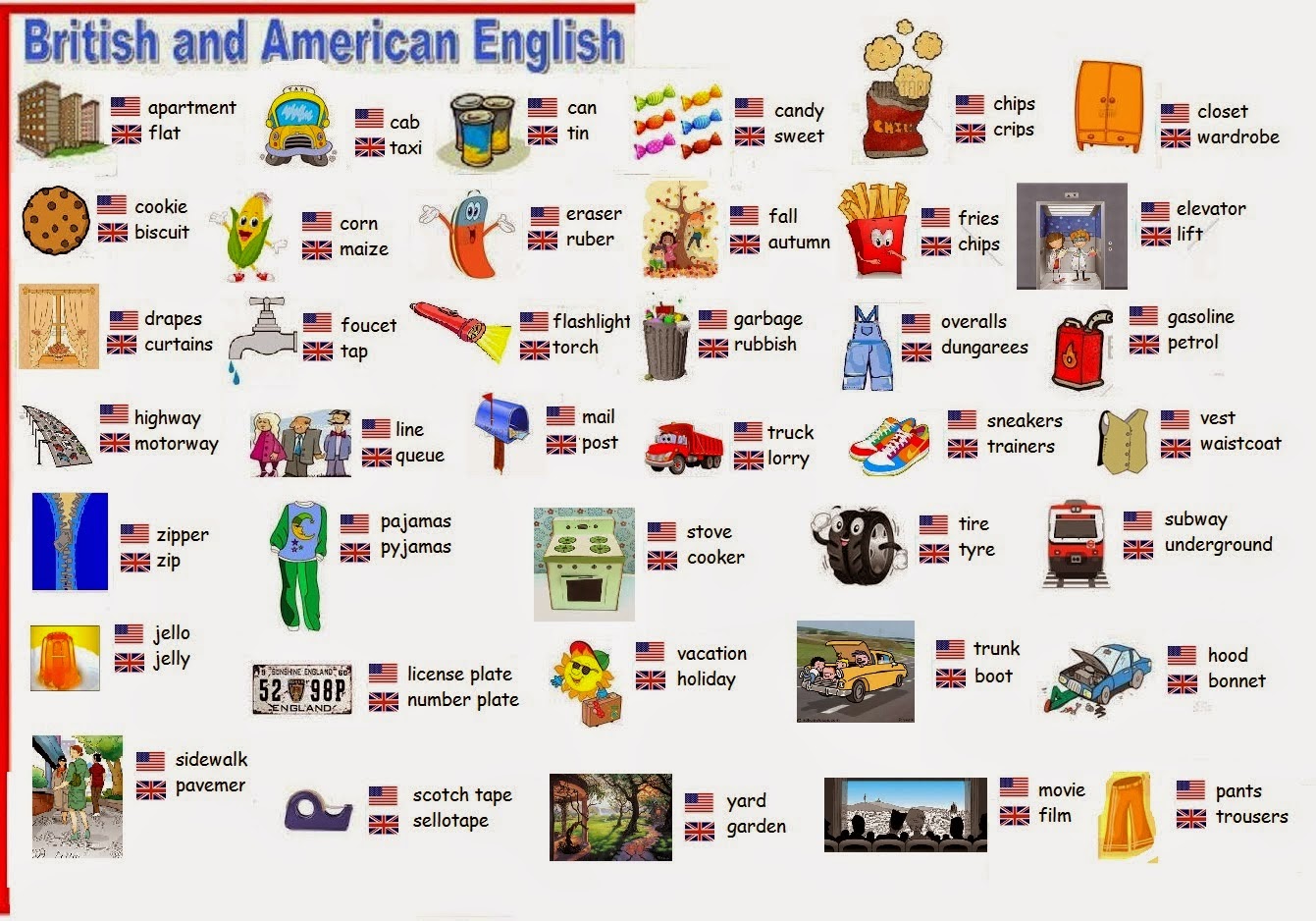 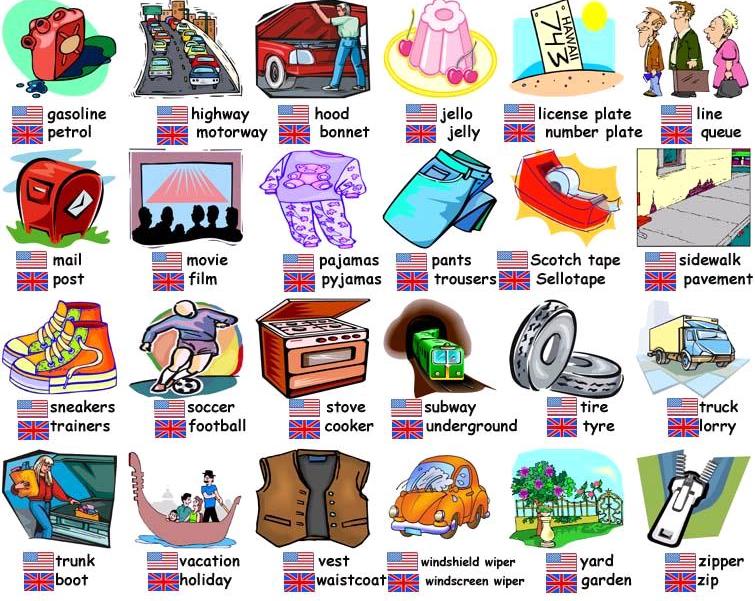 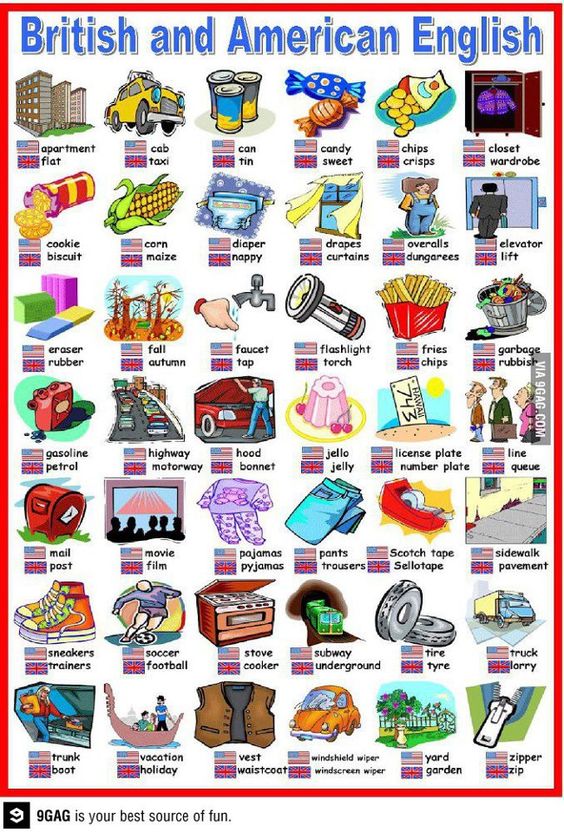 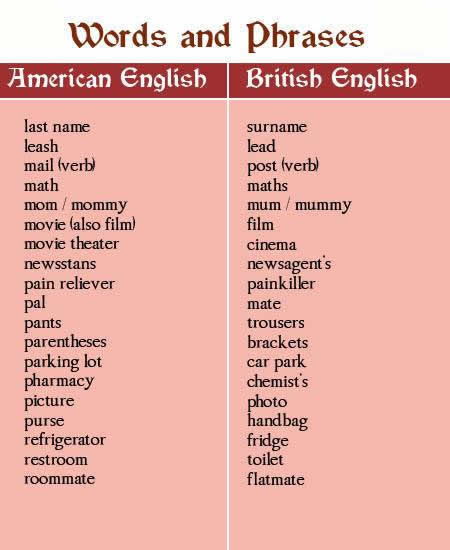 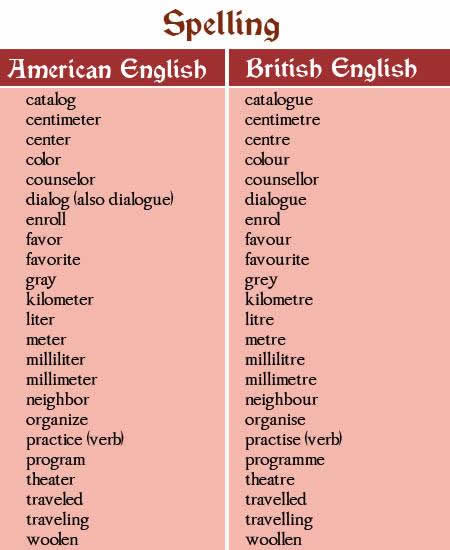 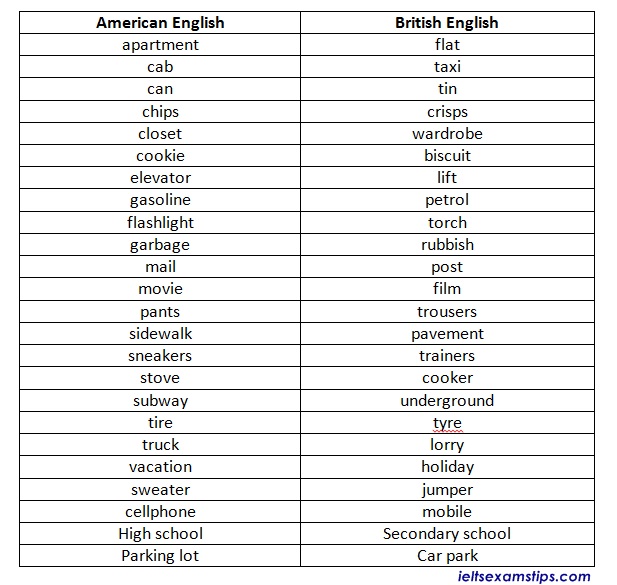 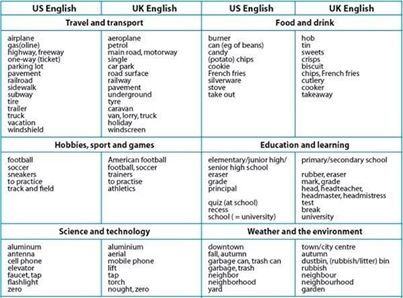 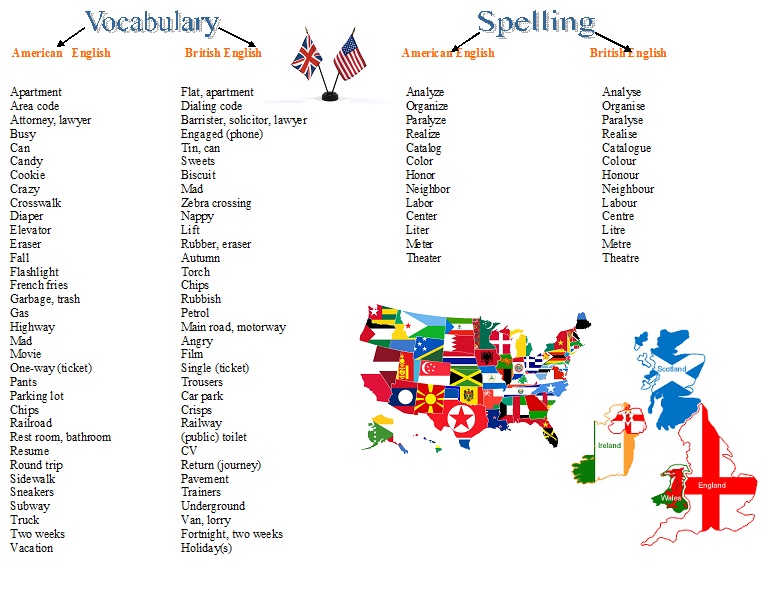 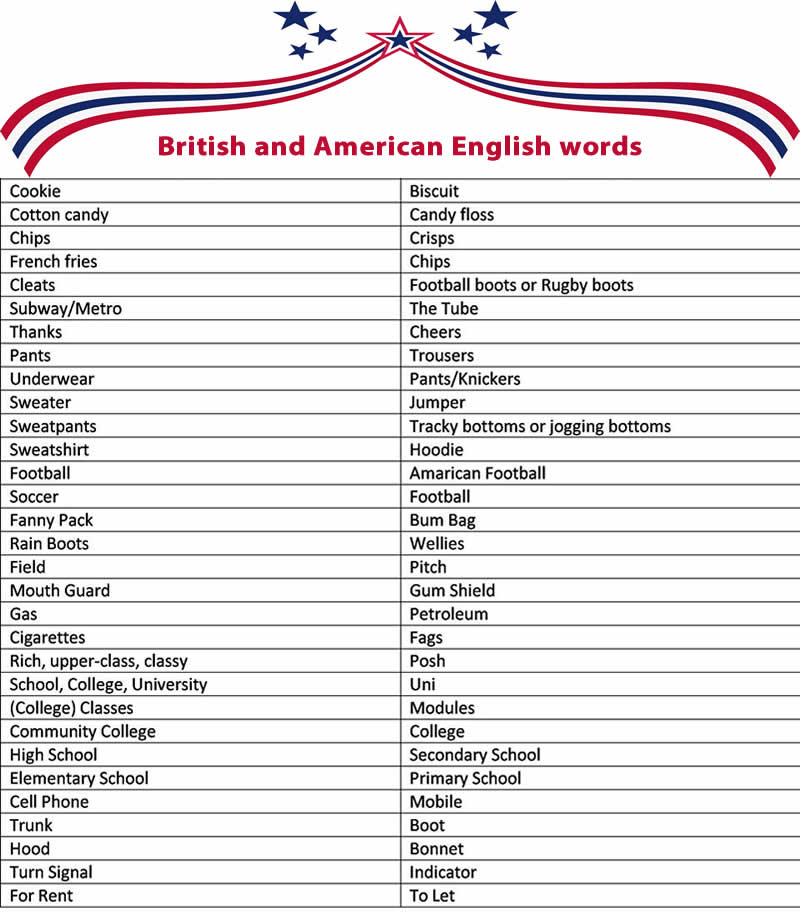 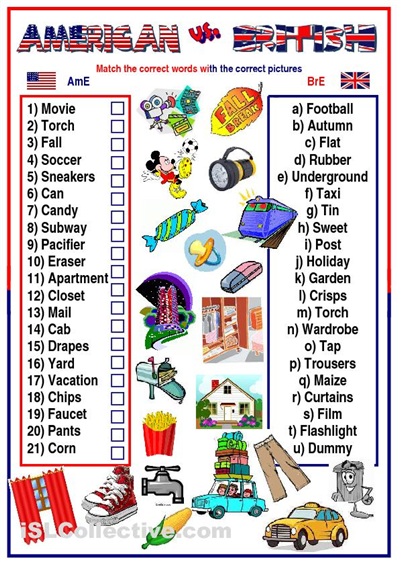 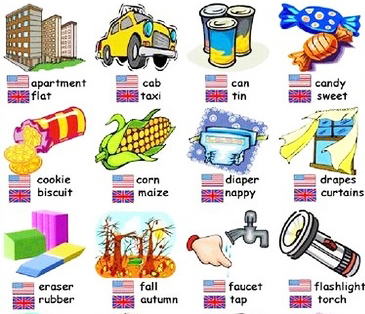 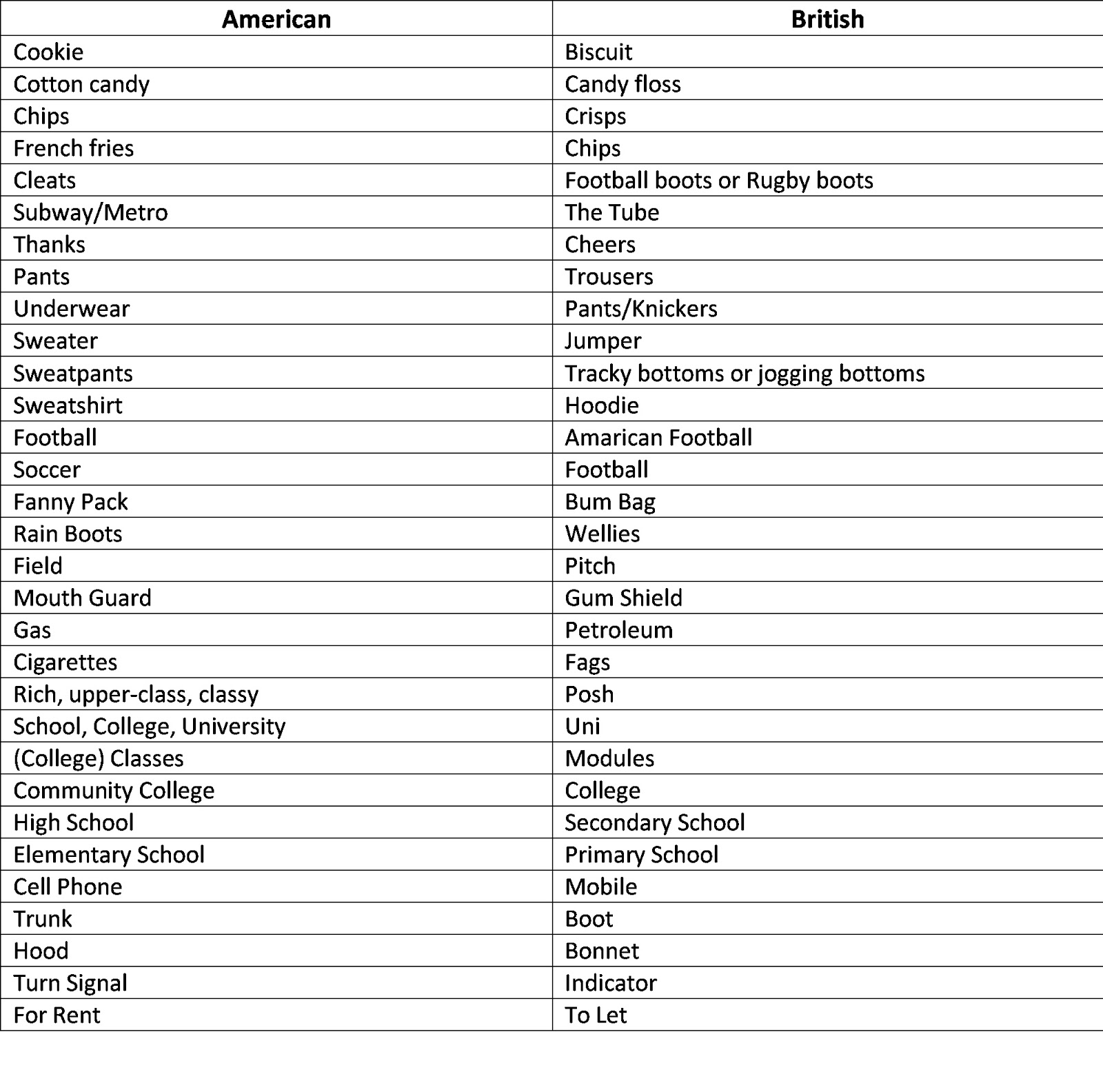 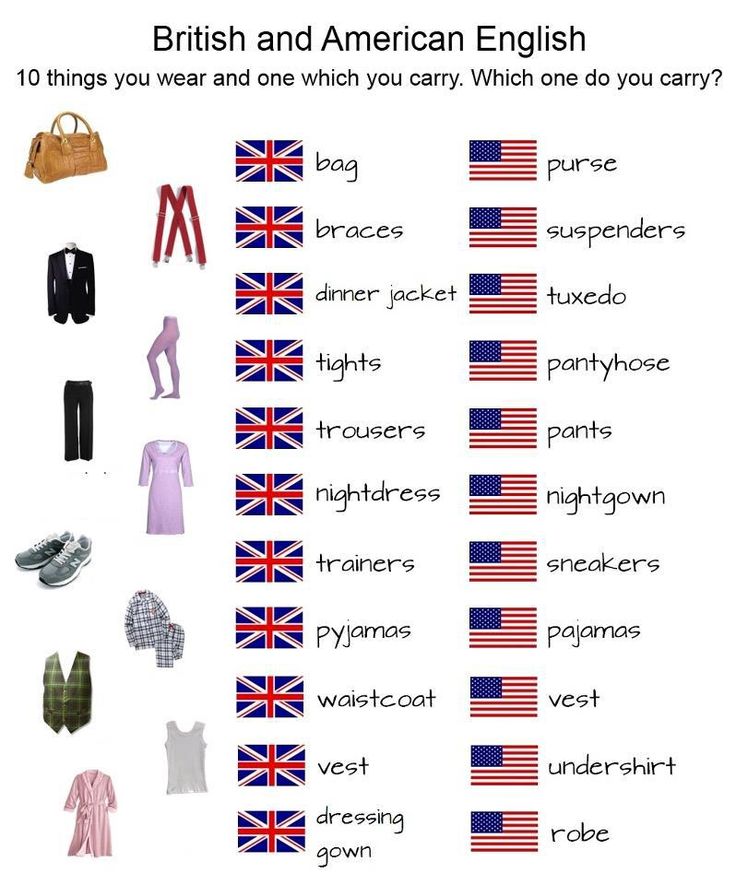